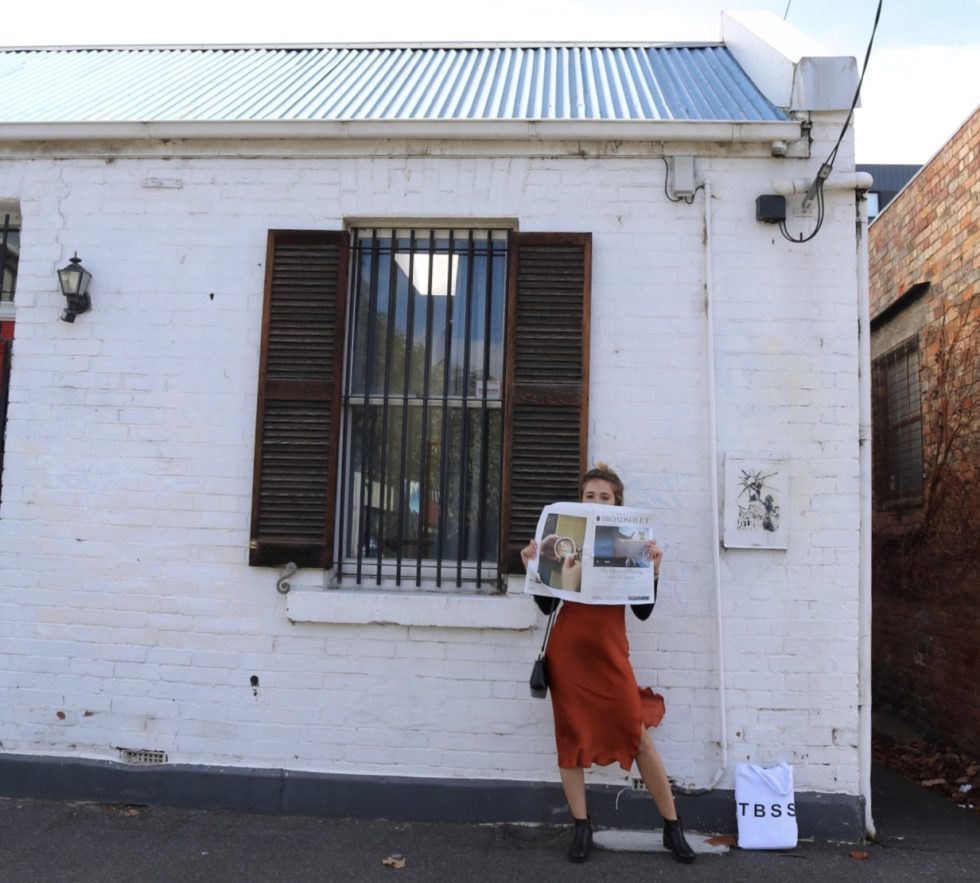 It has now been just over one month since we first arrived in Melbourne. Let me tell you why that seems so crazy…. Having travelled for nearly 4 months in total, we never once stayed in one place for longer than a week. Relatively speaking, one month in one city feels like a lifetime. Ohhh and yet we’re still in that ‘transition period’ I spoke of in my first post. Setting up a new life is, it seems, a lengthy process.

That said, we’ve made some serious headway. We are now official residents of probably the coolest suburb in the city (okay maybe I’m bias, but I’m sure many Melbonians would agree). Elise and I have found a room in Fitzroy… I mean even the name sounds cool, right!? (Reminds me of Fitzrovia and I am very much happy with such a toffy assosciation).

That said, I wouldn’t use the term ‘toff’ in regards to Fitzroy at all, in fact, it’s more along the lines of ‘edgy’, ‘hipster’, ‘indie’… I know, I’m also questioning my place here. But I love it, and I think it may well be having quite the effect on me. I’ll probably write another whole post on my recent self-development, but for now, let’s just say that I’m discovering a new kind of comfortable confidence in myself.

So I said I’d share the experience of finding somewhere to live. It was an arduous and pretty heart-wrenching process at times. In our first couple of weeks in Melbourne we flitted from friend’s house to friend’s house, to hostel; all the while seeking our own space to settle down. Believe me, after 14 weeks of dorm rooms, we were absolutely ready for somewhere to call our own.

As with any city (I imagine), there are a few sites that people post room and property rentals in Melbourne. We signed up to Fairy Floss (Facebook Group), Flatmate Finders and several others. Initially we were pretty fussy over which listings we looked into. We wanted a property with 2 rooms available, preferably in the Fitzroy or surrounding areas and ideally at under around $150/week each. A list of criteria this extensive (yes, 3 checkpoints is extensive in this environment), is feeble and impossible. This we soon enough learnt.

So we removed the two bedrooms in the same house criteria. We began looking for rooms in similar areas, agreeing that we may actually have to split up for the first time in what feels like eternity. Again though, hopeless. Finally, we just started looking for a room to share and had a little more luck. People actually began asking to meet us and we spent whole days trawling all over the city (a great technique for getting your bearings in a new place) meeting potential roommates and looking over potential properties.

We covered a whole lot of ground as we realised that even the meeting-up stage doesn’t guarantee a room. It was like going on numerous first dates and hearing absolutely nothing back from any of them. Honestly, it was a little heartbreaking and it took a lot of tears, alternating words of encouragement and mutual determination to continue the search. We obviously also dropped all our criteria. I turned Facebook notifications on for Fairy Floss, and the second a relatively affordable listing was posted (probably around 3 per hour), I’d be sending out a message of plea, regardless of location.

Finally, after 2 days with 5 viewings in each, spread out across the city, we finished up with a surprise viewing in Fitzroy, the area we had initially limited our search to. The room was pretty over budget and we’d need to share not just a room, but also a bed. But hey, desperation called and we’ve gotten so used to sharing a bed (double or bunk) that it kind of feels weird not to now!

We left the viewing totally in love with the place. And a new level of determination took over as we called with landlord and begged for the room at a slightly lower rate on the condition that we would be able to move in and start paying from the very next day. By sheer, and I feel deserved, luck, she accepted our offer. We were having dinner at a little Italian restaurant, chatting to an older couple on the table next to us about our move to Melbourne when the call came in. Honestly, I think we were so delirious by this point that, to the couples shock and horror, we both burst in to tears. Tears of relief, joy and excitement though.

The next day we moved in first thing in the morning and spent the day cleaning and linen shopping… oh so adult. But that’s where we are now, real residents of this city. Honestly, the moment we got the call and broke down is one of the biggest emotional highlights of this trip for me, it was the result of some serious work and perseverance and I’m truly proud of us for getting here.

So the current stage of transition is finding employment. And I’ll discuss this challenge in my next Moving to Melbourne post. I do hope these aren’t coming out all depressing and stuff, I just want to be genuinely honest about the situation we’re in… yes we’re living the dream. But that dream is taking work. Work which will make everything feel so much more deserved in the end.